The 1956 Hungarian Memorial Oral History Project celebrates the history of Hungarian immigrants who arrived in Canada between 1956 and 1958. During the autumn of 1956, shortly following the failed Hungarian Revolution, Canada began welcoming a mass exodus of Hungarian refugees – which resulted in the peaceful resettlement of nearly 40,000 persons. Between 2004-2007, oral testimonies were collected across Canada by second and third generation Hungarian-Canadians. Through the medium of oral testimony, the interviewees tell their personal stories of their involvement in the 1956 Revolution, their reasons for leaving and means of escape, places they lived en route to Canada, and the course of their lives in Canada. They also describe their ongoing relationship to their culture, language and religious practices, and to their communities in both Canada and abroad. This project was supported by the Multicultural History Society of Ontario and Rakoczi Foundation, and project materials are held by the MHSO.

The majority of persons featured in this gallery settled in the Hamilton, Ontario area. Between 2004 and 2006, oral history interviews were conducted at the homes of the project participants, and at St. Stephen’s of Hungary Catholic Church, John Calvin Hungarian Presbyterian Church, and the Hungarian Community Centre and Social Club of Hamilton. 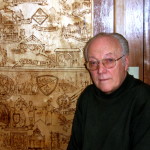 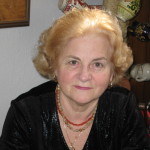 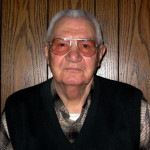 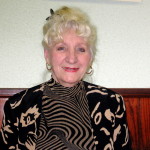 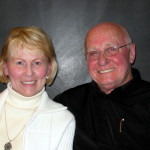 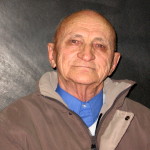 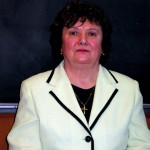 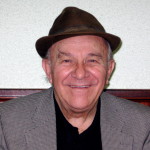 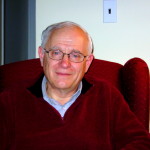 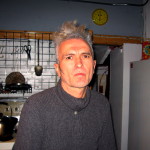 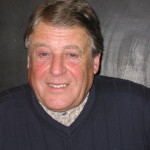 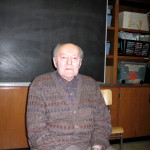 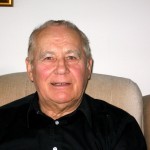 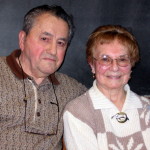 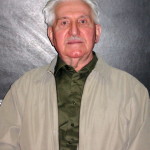 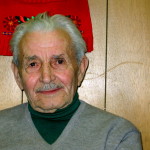 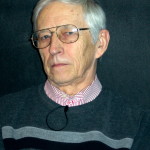 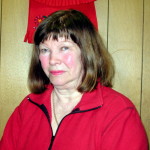 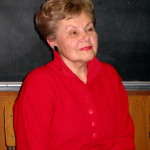 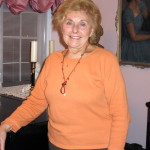 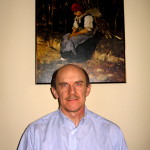 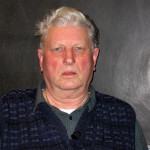 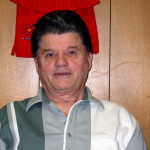 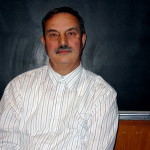 This essay was presented by M. Berenyi at: Budapest, 1956 and Beyond: A Conference Dedicated to the History and Memory of the First Crisis of Communism (University of St. Petersburg, Russia, 2006). All conclusions presented are drawn from M. Berenyi’s field work and participation in the 1956 Memorial Oral History Project.

The magnitude of new historical perspectives which may be garnered from the practice of Oral History is of an infinite nature. Through the prism of oral communication, Oral Historians extract, collect, and record data, ultimately destined to expand current perceptions and collected primary resources on a given subject matter. The practice of Oral History also enriches the discipline of History, yielding an opportunity to experience innate perspectives on human migration, cross-cultural experiences, and the process of resettlement. In celebration and memory of the 50th anniversary of the 1956 Hungarian emigration wave to Canada, the incentive to source new Oral History materials and expand upon existing Canadian Immigration History records sparked the interest of many. This paper will serve to inform the academic community, and other stakeholders, of the components and trends pertaining to the 1956 Hungarian Memorial Oral History Project, as recorded and experienced through the eyes of Oral Historian and Documentary Filmmaker, Monika Berenyi.

The 1956 Hungarian Memorial Oral History Project was established in honour of the nearly 38,000 Hungarian refugees who arrived in Canada, between 1956 and 1958. The impact of the 1956 Hungarian Revolution and the mass of exodus of Hungarians who subsequently arrived in Canada forms a watershed moment in Canadian History. In the timeline of Canada’s short existence as a nation (federated in 1867), no other ethnic community group to date has equaled the number of persons associated with the 1956 Hungarian emigration cohort- all of whom were openly admitted and accepted into Canadian society within a two-year period.

It is an internationally known fact that no other country in the world accepted more refugees per capita. Free transit was provided to the refugees via ship and aircraft. Although the vast majority of refugees arrived in Halifax and Quebec City, they later dispersed themselves throughout all of Canada’s 12 provinces.  However, the most sizable numbers of Hungarian refugees settled in the cities of Toronto and Montreal.  Of the 37,565 refugees who arrived between 1956-58, the majority of them were young, urban, and educated; a third of them were skilled workers and professionals; and men outnumbered woman by a ratio of 2:1. Furthermore, all religious groups, indigenous to Hungary (Roman Catholic, Greek Catholic, Calvinist-Presbyterian, and Jewish) were represented.

The lasting effects of the 1956 emigration wave to Canada resulted in the formation and stabilization of many new social, cultural, religious, political, and educational institutions. Concurrently, the expression of new identities, built upon original belief systems and values, evolved within a uniquely Canadian context. It is the multiplicity of identities and the evolution of individual life experiences of the 1956 Hungarian emigration wave that captured the interest of Historians and Documentary Filmmakers associated with the University of Toronto, Multicultural History Society of Ontario, Oral History Museum of Canada, and Rakoczi Foundation.

The 1956 Hungarian Memorial Oral History Project is held and administered by the Multicultural History Society of Ontario. The project encompasses content reflective of Canada’s broad geographic expanse, and is prided for its technological ingenuity. Resources are envisioned to be available in three official languages: Hungarian, English, and French.  The core of the project lies in the construction and maintenance of a digital oral history archive, supported by digital oral testimonies, a digital photo archive, qualitative analytical files, literary collections, and other documentary materials.  As a result of this extensive compilation of archival materials, the Multicultural History Society of Ontario now boasts Canada’s largest collection of materials which pertain to the study of Hungarian-Canadian communities. Furthermore, the growth and stabilization of this collection now provides for the development and support of new research and exhibition materials.

Due to the posture of neutrality held by the Historians and community members who contributed to the compilation process of the 1956 Hungarian Memorial Oral History Project, the resources are of value to both Canadian and foreign scholars. Furthermore, the multifaceted depth of perspective yielded by the practice of Oral History provides opportunities for further scholarship in the broad fields of: History, Canadian Studies, Hungarian Studies, Social Studies, Linguistic Studies, Anthropology, Ethnography, Immigration Studies, and International Relations.

The 1956 Hungarian Memorial Oral History Project is held by the Multicultural History Society of Ontario reference library, located at St. Michael’s College, University of Toronto. The Project is classified within the context of three major categories: oral testimonies; textual records; and ephemera. The Project is currently being digitized, and materials will be made available in the form of: an online database and navigable analog Collection.  The goal of providing complete web-access to the Collection is projected for 2014. The opportunity to access rendered copies of the Collection (transcriptions, DVDs, and photo) will be at the discretion of the MHSO.

Among the resources are substantial materials drawn from the Hungarian-Canadian diaspora of Hamilton, Ontario. These materials were documented and produced by Monika Berenyi.  Hamilton, Ontario is an industrial city composed of 491,000 persons, and supported by the production of primary resources (steel industries). The speculated number of Hungarian-Canadians living in the vicinity of Hamilton, Ontario is 9,000. A case study was created by Berenyi, which provided a window into the social, cultural, economic, political, and religious trends associated with Hungarian refugees who settled in the vicinity of Hamilton, Ontario. In the backdrop of an industrial proletarian city, the case study served to investigate memory, resettlement patterns, the transference of cultural values, and the formation of new identities through the lens of Oral History. The case study was conducted within an independently developed framework, devised for the study and process of Oral History. Both the application of the framework and the recording of the Oral testimonies were subject to conditions in support of: qualitative analysis, the well-being of the interviewee, and the enabling of new historiography.

The criteria of the framework was influenced by Berenyi’s personal interest in the disciplines of History, Ethnography, and Anthropology. The following sub-categories detail the framework of Berenyi’s specific research interests: Origins and Early Life; Catalyst for Migration; Migratory Processes; Emigration Processes; Settlement in New Homeland; Employment; Institutions of the Immigrant Community; Ethnic Identity in the Family, Community, and Country; and Relationship to Old Homeland.

The following synopsis provides a summary of the subject matter which was of critical value to Berenyi during the process of collecting the Oral testimonies:

1. Origins and Early Life: place of birth and nationality; size of town; village of origin; natural features of place of origin; ethnic composition of village; ownership of land or other property; occupations of family members; daily life (routine and folklore); social and religious activities; memory of the Great Depression; role of World War II; memory of the German and Russian occupations; conception of historic Hungary.

v) Time: community maintenance and change in the past 50 years; knowledge of area; cultural specific events of interest in area; future of ethnic community in area; speculative descriptions of future generations.

7. Institutions of the Immigrant Community:

9. Relationship to Old Homeland: role of old homeland in the formation of new identity; emotional attachment to old homeland; ability to conceptualize modern world view of an independent Hungary; legacy of the communist era; forms of communication maintained with old homeland; number of relatives still remaining in old homeland; frequency of travel to old homeland.

In sum, the practice of Oral History is enhanced when a conceptual research framework is deployed by the Oral Historian. In reference to the 1956 Hungarian Memorial Oral History Project, a broad range of archival materials (inclusive of: oral testimonies, photographs, letters, diaries, essays, social club records, political organization records, church records, newspapers, and visual artworks) were collected at the intersection of a strategic research framework. This rich and varied Collection, punctuated by the practice of Oral History and use of advanced technology, now constitutes one of the most comprehensive and panoramic views into the 1956 Hungarian emigration wave to Canada. This rich Collection not only illustrates the value of the practice of Oral History, but offers a blueprint for success to future Canadian heritage collection projects.